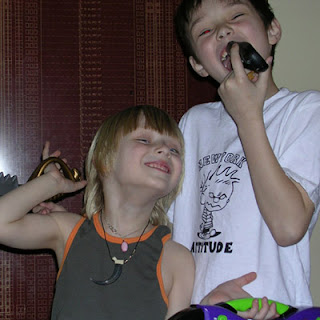 Ethan reports that he has seen a girl's "bagina." It apparently happened in the restroom at school.
Posted by Todd Tarpley at 6:53 PM No comments:

Yikes, has it been a whole week? 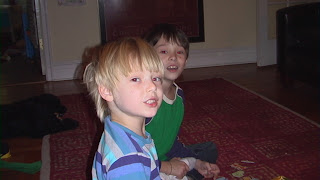 2. Ethan got kicked out of Morning Group again last week. I was there to witness it. Very irritating that he can't seem to control himself. He likes the captive audience. He goes for the laugh. Don't know where he gets it. Must be from Jennifer's side.

4. I got a new pair of running shoes. Wore them yesterday and today in the park, 3 miles each day, about 6:15 pace; ran the first mile in 5:50 today. I like to run under 6:00 every now and then to pretend that I'm not getting old.

5. A week from today we're going to Great Wolf Lodge for a little overnight trip. The boys are very excited about it, especially Samuel.
Posted by Todd Tarpley at 9:46 PM No comments: 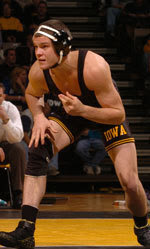 I don't get excited very often, but I did tonight when Iowa's 165-pounder upset Okie State's wrestler for the individual NCAA title, coming from behind in the last 30 seconds with a reversal and back points.

Iowa as a team placed a dismal 8th (would've been 10th without the finals win). Not enough stallions in the barn, too many mares.

Wrestling's not a big part of my life anymore, but I still draw on my own experiences in the way I approach a lot of things, and I still like to watch good matches. Going to Iowa 20 years ago was among the most harebrained things I ever did. And probably, in retrospect, the smartest.

It gave me some black-and-whites to sharpen my aresenal of pragmatic shades of gray. In wrestling you win or you lose. The outcome depends entirely on you, and sometimes literally one second separates the best feeling in the world from the worst. It's hard to top that, in terms of learning about your limits, your character, your strengths, your weaknesses. Anything that makes you more confident and more humble at the same time gets a passing grade in my book.

So much of life is veneer. Wrestling is irrelevant, but it's pure.
Posted by Todd Tarpley at 11:33 PM No comments: 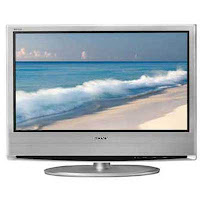 1. Our accountant says we're getting money back on taxes, so of course we ran right out and bought a 42" HDTV before the tax returns are even filed. No time like the present, I say.

2. I have the Chick Gene. It's the gene that, when someone comes into the office with a baby, causes all the women to suddenly surround the baby and start cooing. And every time it happens I'm always right there, and then I suddenly look around and realize I'm the only guy within a 50-foot radius.

3. Chick Gene, part 2. Am I the only guy in the northern hemisphere who doesn't like Pit Bulls? What is it with guys and Pit Bulls? I would sooner buy a NASCAR season ticket box seat next to Adam Sandler than get a Pit Bull. I don't get it.

4. Jennifer went out tonight. I put the boys to bed. After about 15 minutes, when I thought they were both sound asleep, Samuel suddenly said, "Tip: never take a lie detector test after you've been running."

5. NCAA Wrestling tournament started today. Let me be diplomatic and say the Iowa Hawkeyes suck. And there are all these apologists on the message boards making excuses for them. "He's a senior and we should thank him for all the contributions he's made to the program." Plllltttt. (Fart sound.) You either win or you lose. That's the contribution you make.
Posted by Todd Tarpley at 12:09 AM No comments: 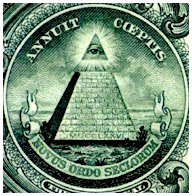 The more debt you have, the more likely you are to die before you pay it off. In which case you have beat the system.

Something to consider.
Posted by Todd Tarpley at 8:23 PM No comments: 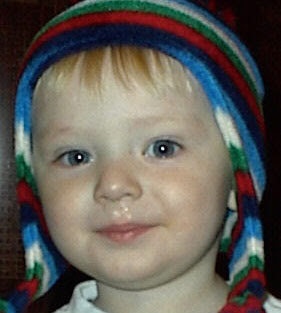 When Ethan was born, six (!) years ago, he had the most beautiful face, with porcelain skin, like a doll, and strawberry blonde hair. He was born 8 weeks early, which was just the first of many times that he refused to do what he was supposed to.

He grew into a boy with a mischievous grin who likes kissing dogs, eating macaroni and cheese, wrestling with his dad, creating picture books, solving mazes, watching SpongeBob Squarepants, and playing superhero.

When he's in a bad mood he says it's the worst day of his whole life. 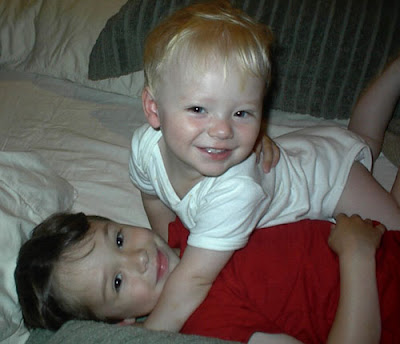 He marches to the beat of a different drummer, as they say. He's the kid at the birthday party who is still pinning the tail on the donkey when everyone else has already sat down to eat their pizza. And he is perfectly fine with that. 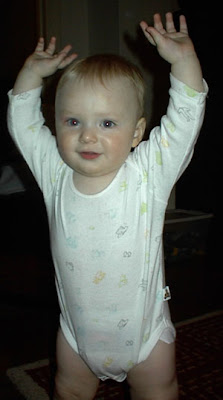 He's creative, stubborn, oblivious, vulnerable, inappropriate, joyous, zany. There's no better feeling in the world than being hugged by him. He's one of the three great loves of my life. 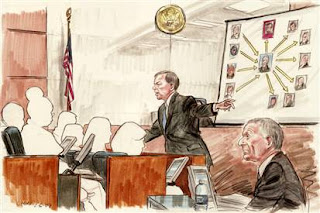 So I said to the other jurors, "I think the son-of-a-bitch is guilty!" And everyone else roared in agreement. And that was the end of my jury duty. And to hell with the poor defendant, Scooter Libby or whatever his name was.

No, but seriously, Day 2 was a dud. On Day 1 at least I got called to go to a trial courtroom, even though I sat in the back while about 75% of us got called up to the jury box to be interviewed by the lawyers. Day 2 I just hung out in the jurors' computer room and sent emails, punctuated by a few cell-phone calls in the hallway.
Posted by Todd Tarpley at 8:29 PM No comments: 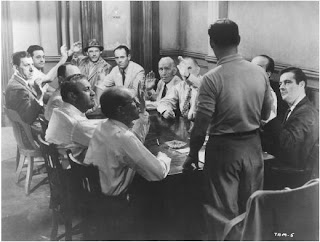 The worst feeling in the world is seeing that envelope in the mail, the one with the official seal and the words "Important: Jury Summons Enclosed" written across the front.

I don't like Jury Duty, but because I have become so goody-goody in my old age, I'm resigned to doing my time. And I've decided not to try to weasle my way out by acting like I don't understand English or pretending to be schizophrenic or telling the judge that I don't like black people.

The jury room has improved. In addition to a TV room for jurors (marked "TV ROOM FOR JURORS USE," with no apostrophe), there's now a room with laptops with Internet connections, where I am now. There is no sign for this room, simply a rectangular patch of discolored wood on the door, where a sign was once affixed.
Posted by Todd Tarpley at 10:43 AM No comments: