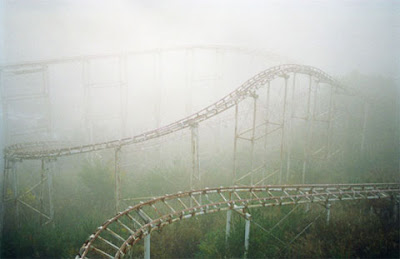 Last night I dreamed that I missed the last rollercoaster ride of the summer because I was goofing off in line. Which neatly sums up all my angst, ambition, and insecurity in one sentence.
Posted by Todd Tarpley at 10:18 AM No comments:

What was on Ethan's mind this week...

Ethan talks non-stop. I tried to transcribe the tiniest fraction of his thoughts this week:

"Wow, you're sweaty. Why do you take runs? Are you a professional at running?"

"School of Rock isn't all that appropriate. Because Jack Black said a bad word...'You are a little grain on my big rear.'"

"Once Spongebob walked into the bathroom and said, 'I'm not taking a shower with you looking. Close your eyes.' Then he went into the shower. Then the screen was black. Then he came out and said, 'Squeaky clean. Squeak, squeak.'"

"In cartooning when they want to show that someone is a baby, they only show one tooth, right here."

"I wanna go on Nicktropolis!"
Posted by Todd Tarpley at 7:10 PM No comments:

Ethan needs a haircut. Badly. Last week at his Tae Kwon Do class a mother sitting next to me asked if he was my daughter. When I said, no, it's a he, she said, "She's so cute."

Later that day the woman at McDonald's gave him a "My Little Pony" toy in his Happy Meal.

I asked him why he won't get a haircut. He said, "I'm growing it long for a movie role." When I asked him to elaborate, he said he planned to play the part of a girl. I asked him if he would get a haircut afterwards. He said yes.

Unfortunately, now he says this is not the movie he wanted to be in. He wants to be in a movie in which he plays a female spy, not Molly Ringwald. Oh, and the movie has to be shown in a movie theater, not YouTube. Duh. (Dads are idiots.)

Bottom line: no haircut yet.
Posted by Todd Tarpley at 10:44 PM No comments: 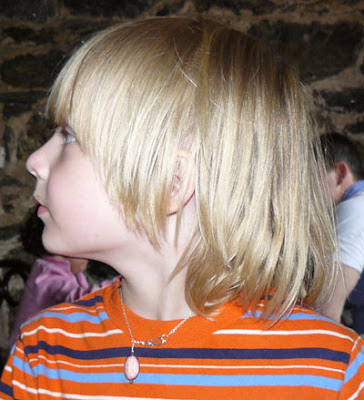 Samuel: Wait, I have to finish this one thing on Nick.com.

Ethan: ON THE INTERNET. REALLY.
Posted by Todd Tarpley at 11:44 PM No comments:

We canoed the big waves near Piermont, annoyed the locals with our boorish restaurant behavior, played in the fountains at the Museum of Natural History, and topped it all off with a late dinner at EJ's.

Posted by Todd Tarpley at 1:12 AM No comments: