"Dad, there's a dead waterbug on the floor and we don't know what to do." 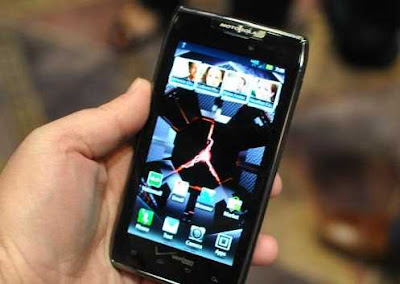 I'm guessing some dads would be annoyed that their 15-year-old son would call at work because he and his 12-year-old brother can't figure out how to throw a dead waterbug in the trash can with a paper towel.

I was happy to get that call.

It reminded me that they're not quite grown up yet.

It made me feel needed, in a simple Dad kind of way.

It made me happy to hear Samuel's voice on the other end of the phone. Who really cares why?

It made me consider the possibility that poor Samuel and Ethan will never be able to hold a job because in the middle of an important presentation to the CEO they'll see a waterbug and freak out.

That probably shouldn't make me happy, but it made me smile anyway.

Someday there may be phone calls about more serious things.

I much prefer frantic phone calls about waterbugs.
Posted by Todd Tarpley at 12:26 AM No comments: Links to this post 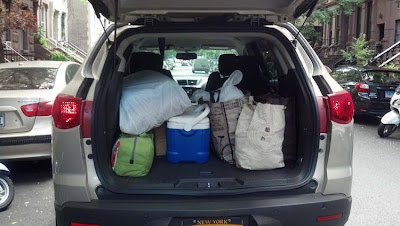 First stop: Eastern State Penitentiary in Philadelphia, an abandoned prison that was in use from 1829 to 1970. It was one of the first prisons to use radial-style architecture, which meant the cell blocks all radiated out from a central guard station. It housed Al Capone for a short time. 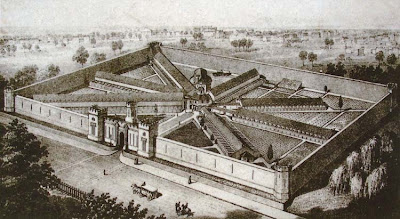 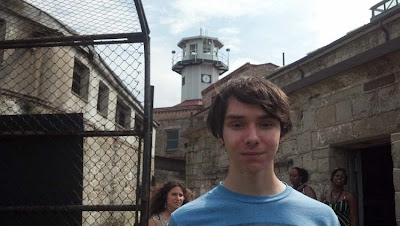 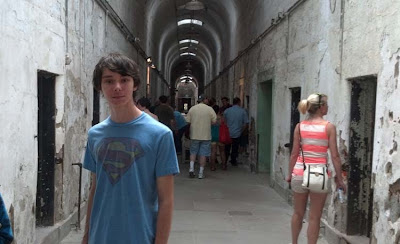 Ethan asked, "When you go to prison do you get to keep the outfit?" 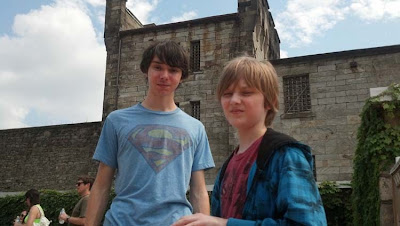 Next stops: Philly cheese steaks in downtown Philly, followed by Target to pick up some camping supplies, followed by Timberland Lake Campground in central New Jersey. 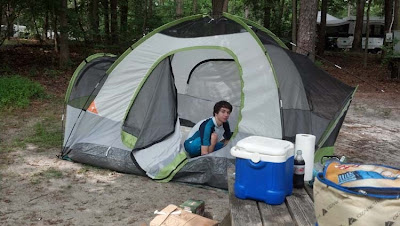 Some friends were supposed to join us, but they bailed on us via text message. It was hot and humid, we were still sticky from the prison tour, the swimming pool was closed to adults for a kids party, and the water wasn't working in the restrooms.

We got the tent pitched by dusk, at which point I said, "You know, Six Flags is only five minutes away. They're open for forty-five more minutes." So, see? Those season passes came in handy.

We rode the Runaway Mine Train three times with no line, then drenched ourselves under a water-spray nozzle to cool down and wash off our sweat before heading back to camp. 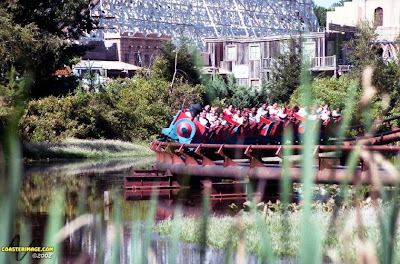 We slept 'til 10 the next morning, took a dip in the pool, then spent the afternoon at Hurricane Harbor. 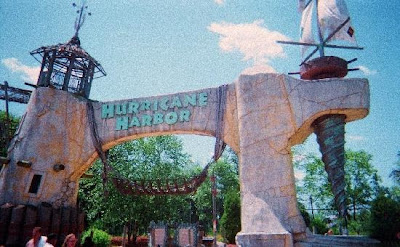 Good weekend.
Posted by Todd Tarpley at 11:10 AM No comments: Links to this post

See, the difference between me and Jennifer... 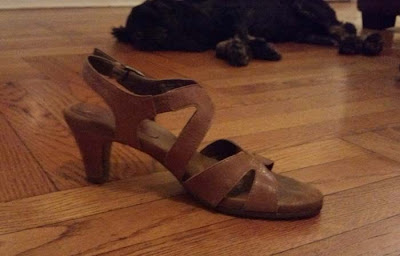 ...is that if a dog chewed up one of my shoes, and I bought another pair exactly like it to replace it...I would not keep the remaining extra shoe "just in case."
Posted by Todd Tarpley at 10:29 AM 2 comments: Links to this post 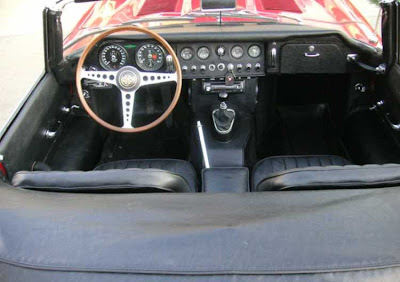 I saw an old, red Jaguar XKE this morning on the Upper West Side...the exact car I've wanted since I was 16.

Hold on, I'm gonna zoom in so you can smell it too. 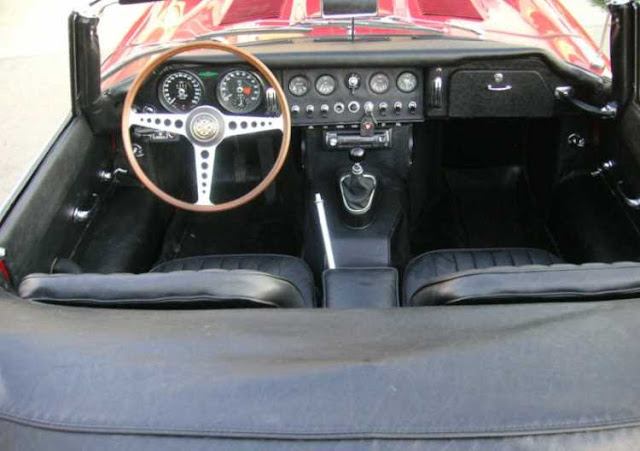 Old Jaguars are like babies. Even when they smell bad they smell good.
Posted by Todd Tarpley at 1:45 AM No comments: Links to this post

We had tentative plans to watch fireworks with a group of friends in Riverside Park, but on the morning of the 4th, Jennifer suddenly said, "Let's rent a car and go to a small town." So we did: about an hour away in Ridgefield, Connecticut. We like being city folks most of the time, but it's fun now and then to be small-town folks, the way we grew up. 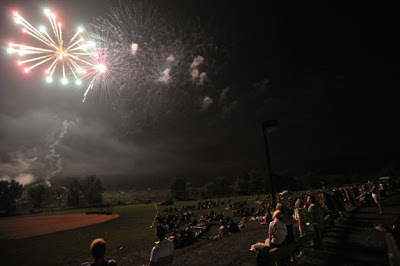 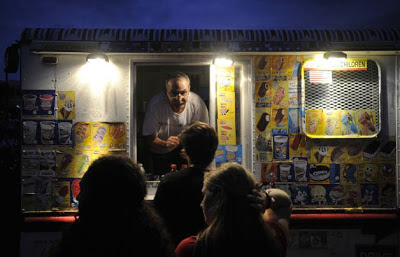 We spent Friday at Six Flags Hurricane Harbor--along with everyone else in the Tri-State area. 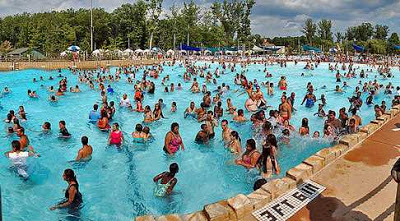 Six Flags shrewdly removed half of the tubes from the Lazy River so they can charge $7 for "personal" tube rentals. So it's now the Slightly Less Lazy River, as everyone has to walk. Hey, we all have revenue goals to meet. 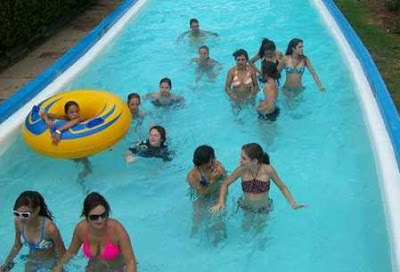 On the way home we stopped at Target to pick up a few things. Jennifer bought an 18-pack of toilet paper. She's gone for the 12-pack now and then, but this was a new record. I remember going to my grandparents' house as a little kid, opening the bathroom cabinet, seeing every square inch filled with rolls of toilet paper, and thinking, "I will never be like this." Alas.... 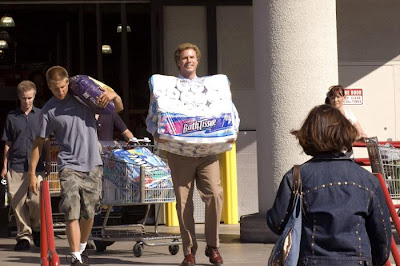 Today we went to a public pool in the city. The upside? It's free. The downside? You have to stand in line for an hour to get in, and you're not allowed to wear colored T-shirts, as they want to discourage gang activity. 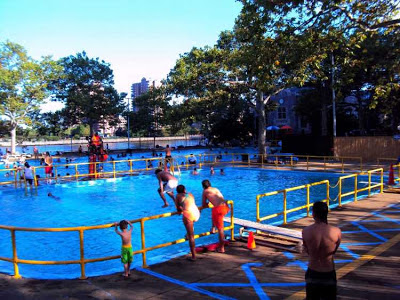 No profound lessons learned from the weekend, other than that family is important, jumping in water never gets old, and DQ Blizzards probably have a lot more calories than what you just burned off walking around a Lazy River.
Posted by Todd Tarpley at 8:11 PM No comments: Links to this post

One of my favorite little kids' clothing stores is closing. 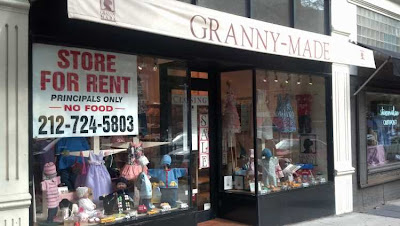 I blame Jennifer. I gave her ample opportunities to have more kids, which would've kept them in business for at least a few more years.

What I love about Granny-Made: 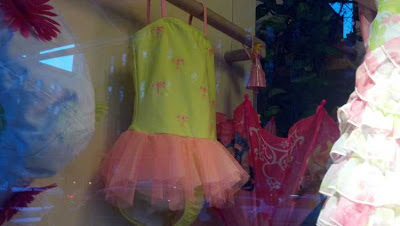 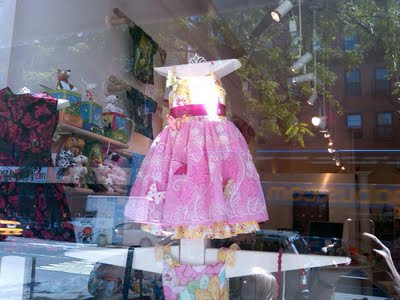 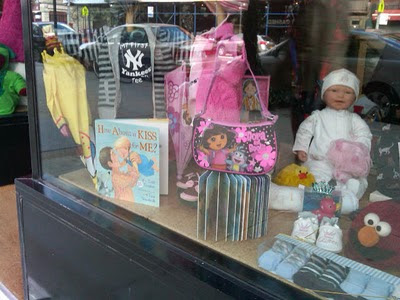 They'll still be on the web at grannymade.com. But I will miss the little bit of magic they brought to the block.
Posted by Todd Tarpley at 7:12 PM 2 comments: Links to this post

Picnic in the park 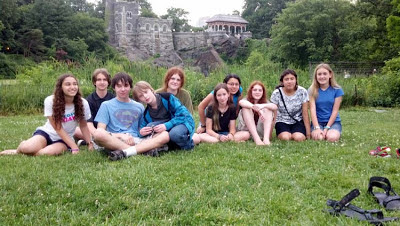 We did absolutely nothing this weekend except stay up late, sleep late, and bask in the laziness of our loafing.

On Saturday I got a signed contract in the mail for my third children's book, BEEP, BEEP, GO TO SLEEP, which put me in a good mood for the rest of the weekend. We discussed whether we should use the advance to take a trip to Atlantis or put it into our DeLorean fund. We decided to make our mortgage payment.

Yesterday we ate bagels, did laundry, watched TV, and griped about how lazy we are. At 6pm we picked up a pizza and joined friends for a picnic by the Turtle Pond in Central Park.

All the kids in the photo above went to elementary school together. Zoe, the littlest one in the middle, now lives in Nepal but is visiting for a month and has remained part of the NYC gang via Minecraft and Skype.

It's nice to take off your shoes, sit in the summer grass, and see your children happy.
Posted by Todd Tarpley at 11:26 PM No comments: Links to this post