Jeeze, do I have to do everything myself?

Since I didn't have the chance to see it in person before it was torn down, I was curious about what the Sherman Oaks Galleria looked like--how big it was, what stores were there, how it was laid out. I found about a dozen photos online, but a floor plan doesn't seem to exist.

Why I care: the Sherman Oaks Galleria was synonymous with the mall culture of the early '80s. "Fast Times at Ridgemont High" was shot there. The song "Valley Girl" was written about it. It was not a large mall; it was not unique; its popularity was fleeting. But I'm a pop culture buff and an urban archaeology buff.

So...here's my floor plan of the top floor of the Sherman Oaks Galleria from late 1981, when "Fast Times at Ridgemont High" was filmed there. 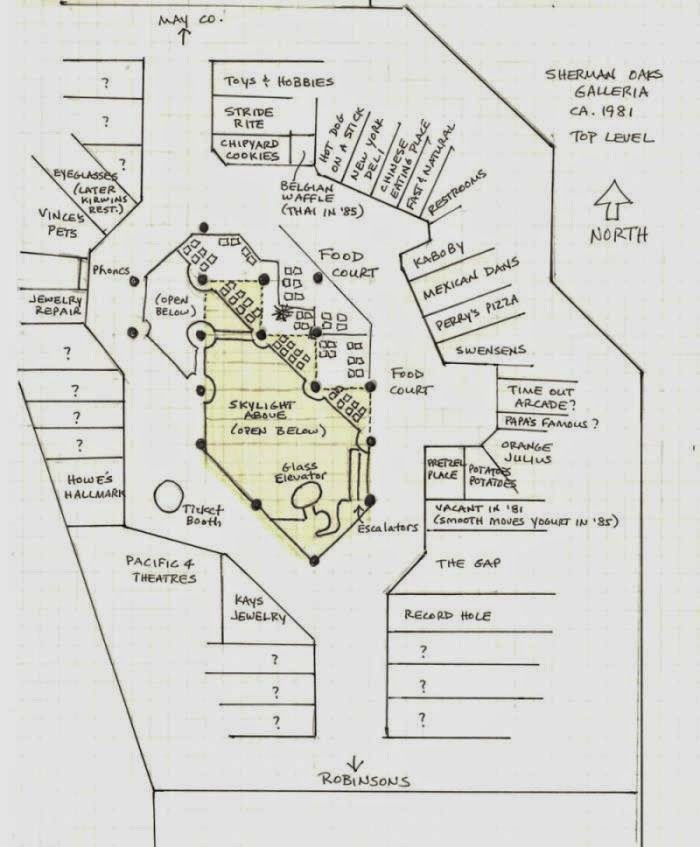 As you can see, it's a complicated layout with relatively few 90-degree angles! I drew the exterior dimensions based on a Google Earth image from 1994. The skylight location and shape were key, as they provided the necessary clues for the rest of the map. 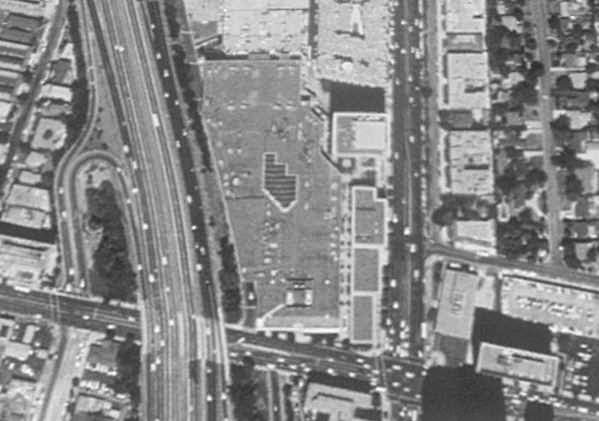 I mapped the interior based on old photos I found online and from watching "Fast Times" and obsessively pausing and rewinding during the mall scenes. I could determine north and south from the shape of the skylight in the photos--the north end was stepped, the south end was more pointed. Here are a few old photos, for context. 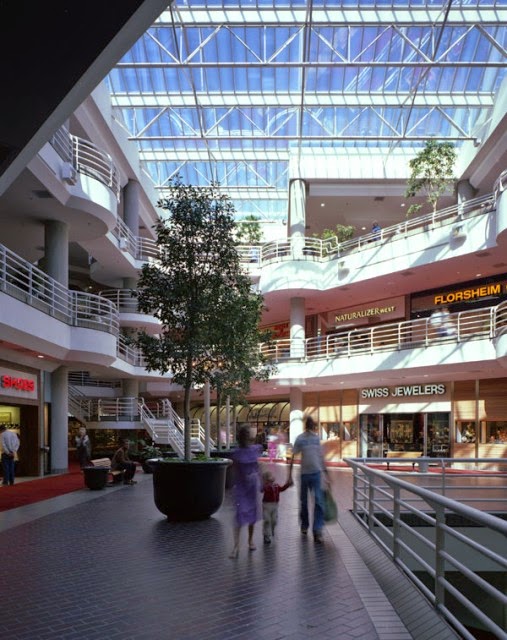 Second floor, looking southeast from behind the staircases: 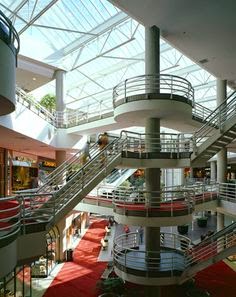 Another second-floor view looking southeast, from in front of the staircases: 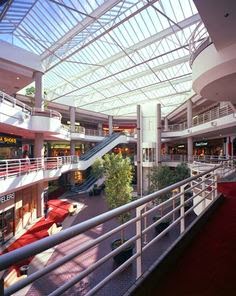 From the opening credits of "Fast Times at Ridgemont High," looking east-northeast into the food court: 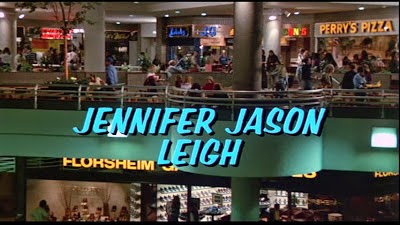 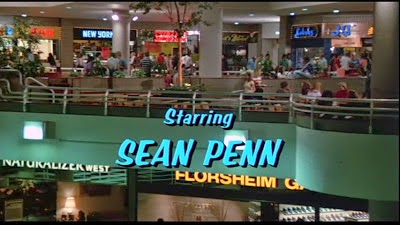 Pacific 4 Theatres, which was on the opposite side of the food court: 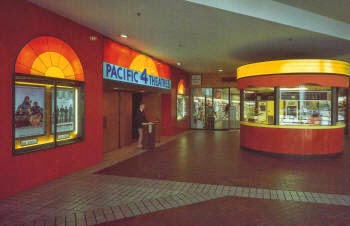 Here are a few more images from a photographer's site.

Finally, I filled in a few missing pieces by watching the Arnold Schwarzenneger movie, "Commando," which was shot there in 1985. (It also showed a few stores that weren't there in 1981, like Smooth Moves Frozen Yogurt in the food court, the Thai fast-food restaurant (barely distinguishable in the background of the photo below), which replaced Belgian Waffle, and Kirwins Restaurant & Bar (seen in the second photo below), which appears to have replaced an Eyeglasses store that was in that location in a 1981 photo. 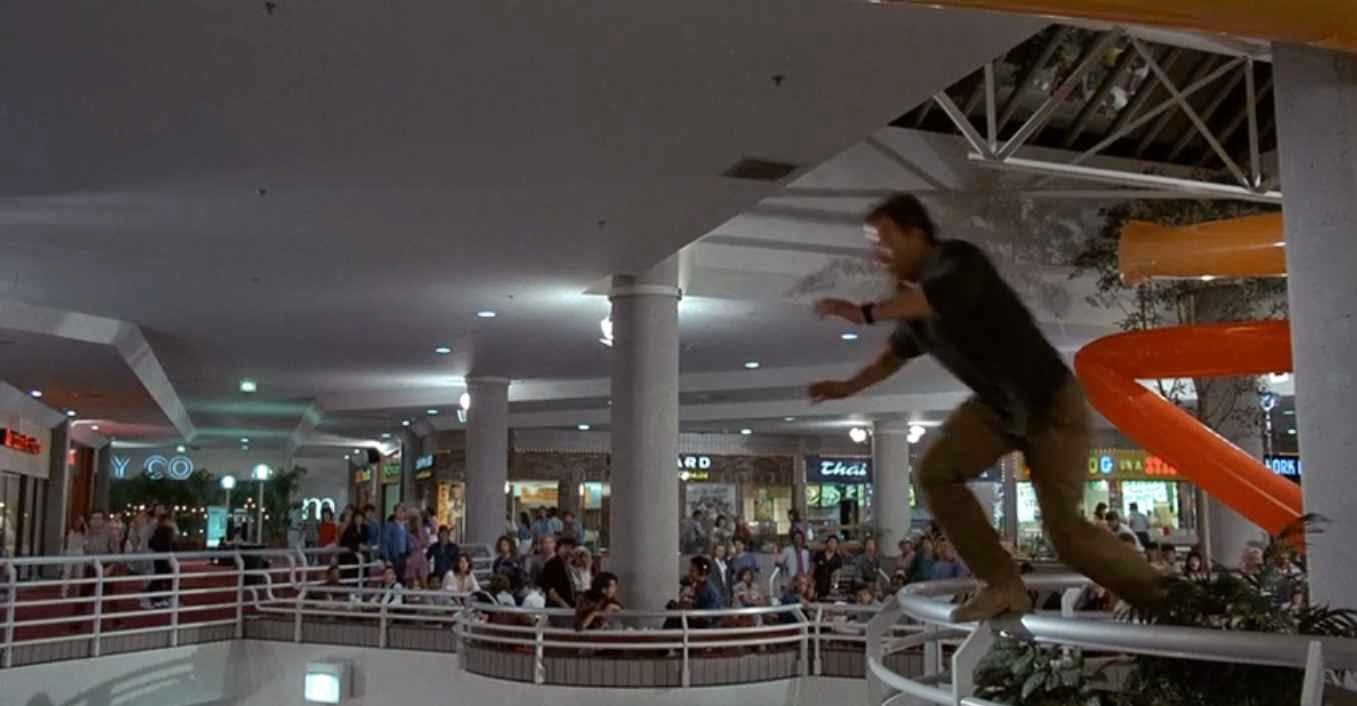 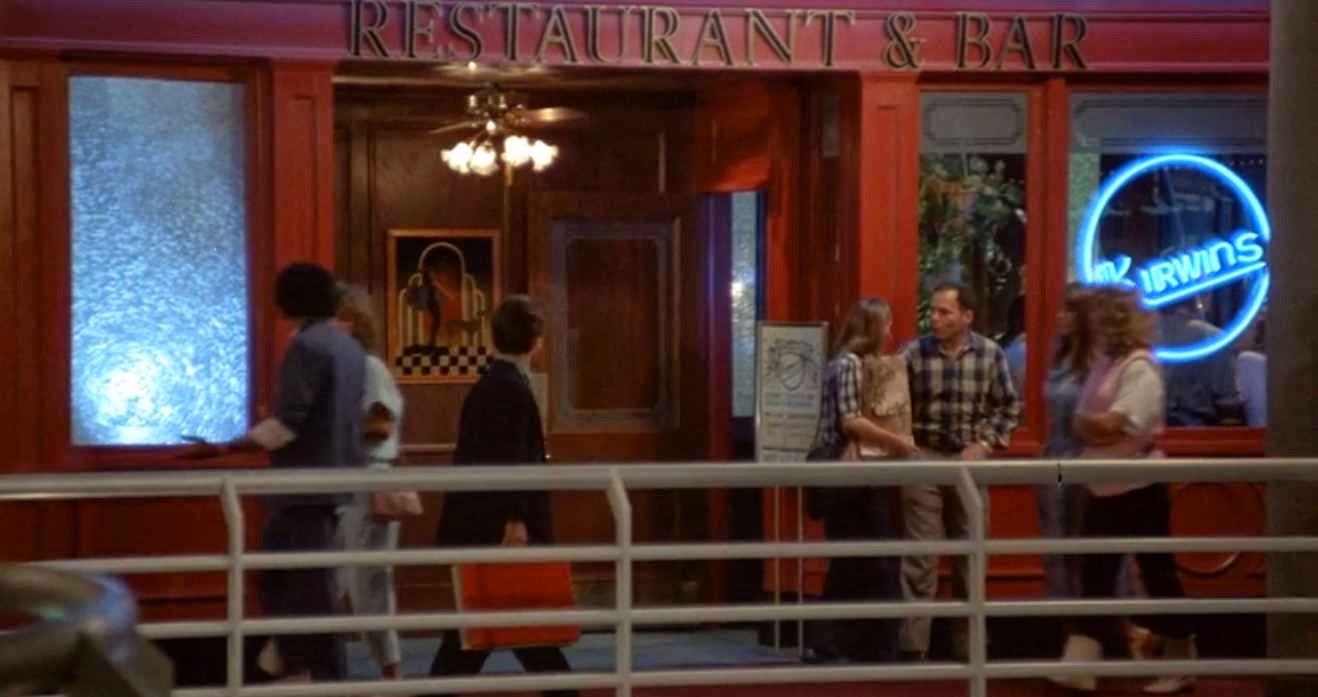 Somebody who grew up in the Valley in the '80s can chime in on whatever I missed. There were some mysteries, like where exactly the arcade was. In the scene below from "Fast Times," there's a banner on the wall in the background during that scene that says, unconvincingly, "Mall Arcade," leading me to suspect that it was only there for the movie. 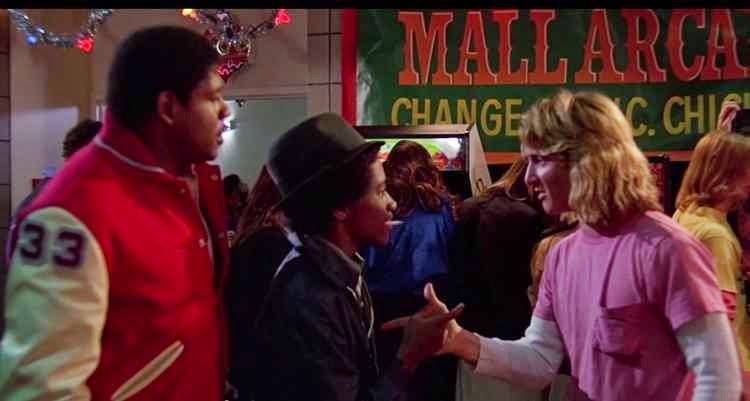 The same area can be seen in the shot below (from "Commando")--note the exit door just to the right of Swensen's--same door as the photo above. You can make out the Time Out arcade sign (where the "Mall Arcade" banner is in the photo above) and Papa's Famous right next to it, neither of which is seen in "Fast Times." So clearly there was an arcade in there somewhere, at least by 1985. 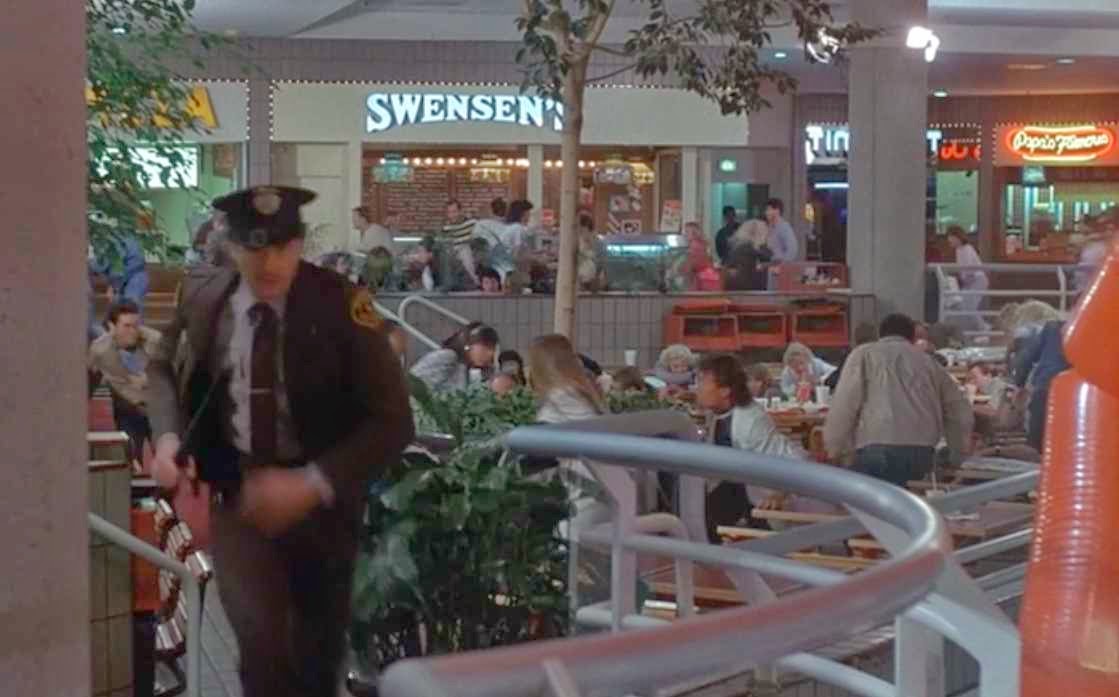 And then we have this final incongruity: a photo of Time Out supposedly from 1981, which appears to be a much larger storefront, has a different sign font, and is not seen in either movie. So...three arcades, three different signs. 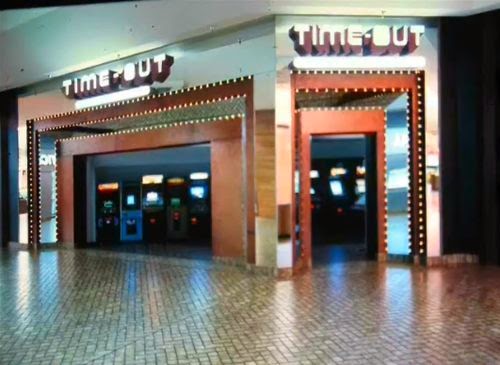 Okay, my work here is done. Farewell, Galleria. Our collective memory (not to mention cultural literacy) has been restored and preserved.