A Day With Ethan

Ethan and I spent the afternoon together yesterday. Our mission was to pick up Samuel from a playdate at 66th and Madison. Between us and our destination: 1,000 miles of uncharted wilderness.

2:20pm: After a shared turkey sandwich by the water fountains at the Museum of Natural History, we checked out the scene at the dog run. 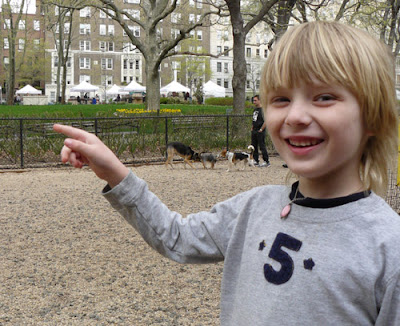 2:45pm: We grabbed some rations upon entering the park. I had Cookies and Cream, Ethan had green Shots. 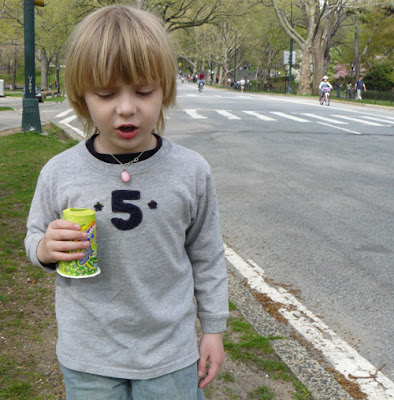 3:15pm: We met our neighbor Wimsey the Bloodhound at around 76th Street. 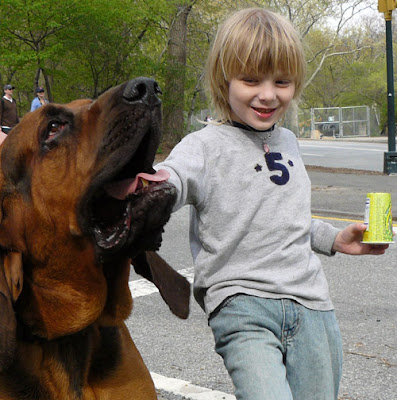 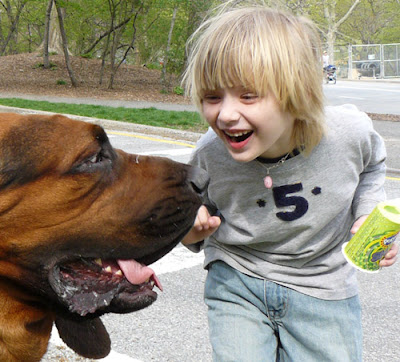 4:00pm: We climbed Mt. Everest about midway through the park. 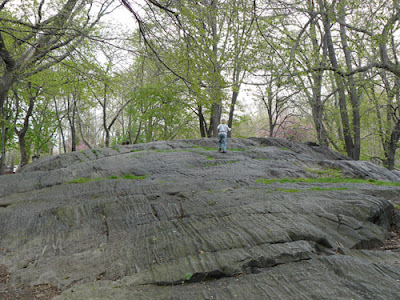 4:20pm: Ethan destroyed some zombies with a magic wand. 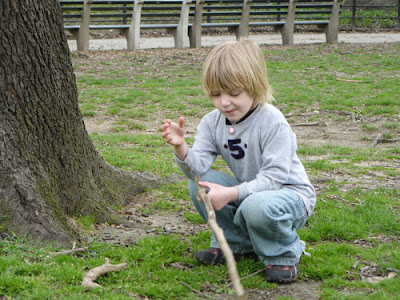 4:45pm: Destination. We met Cameron's cat, "Jenny" and prepared for the journey back home. 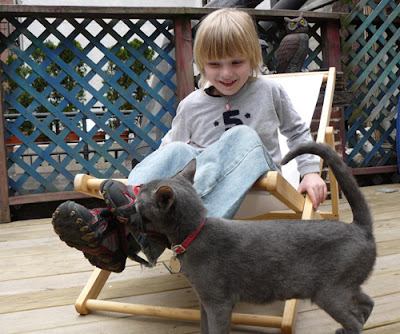 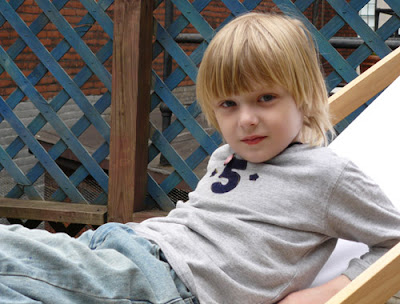 Posted by Todd Tarpley at 12:22 AM No comments: 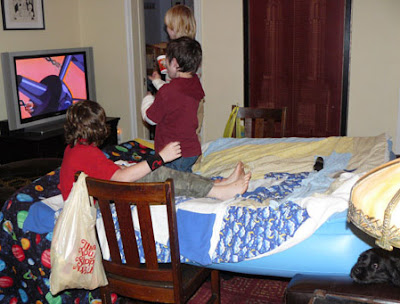 The boys are in the living room, with Samuel's friend Cameron, who is sleeping over. They are eating pizza, watching TV, and practicing how close they can get to saying a curse word without actually saying it. Shitake mushrooms.

They got the inflatible mattress down from the closet, then inflated it atop the sofa, dining chairs, and ottoman so that it floats a couple feet above the floor. They're lying on top of it. 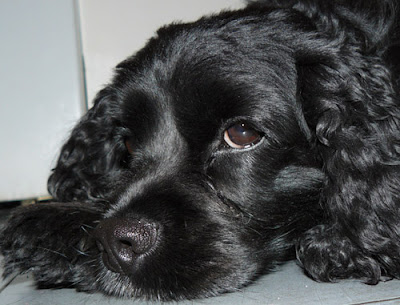 Kahlua is nearby, silently stalking unguarded pizza. Yesterday she got into the kitchen trash and ate two chocolate croissants. Jennifer had to give her hydrogen peroxide to induce vomiting. I was at work and missed all the fun.
Posted by Todd Tarpley at 8:52 PM No comments: 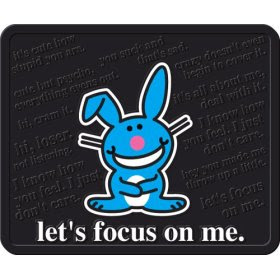 Friday's WSJ had an article about the current generation of teens now reaching adulthood who have been ego-stroked their entire lives--the youth soccer league in which everyone gets a trophy, the school in which failing is re-defined as "deferred success." The upshot: today's young adults feel insecure if they're not praised regularly.

When I was in high school, an unpopular girl got drunk at a party and spit-sprayed at me, "Everyone thinks you're so COOL, but you're just a LOSER!"

And I thought, "So...everyone but you thinks I'm cool. Sweet."

The key to happiness is the ability to find praise in any form you can get it.
Posted by Todd Tarpley at 12:26 PM No comments: 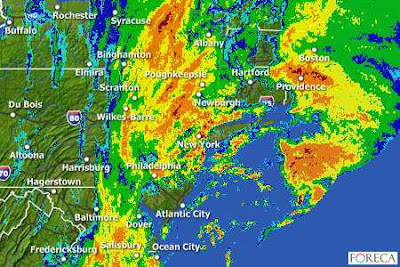 What the heck is a Nor'easter, anyway?

Where I come from they call it "rain," or--sometimes--a "rainstorm."

Is it supposed to be like a pirate saying "Northeaster?" 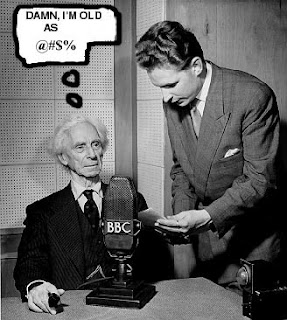 I was at the gym today, getting on the treadmill, and I looked down and said, "My God, who put an old man's legs on my body?"
Posted by Todd Tarpley at 12:57 AM No comments:

Once upon a time there was a flea named Sylvester. He lived on the back of a horse named Solomon. Solomon was the fastest horse in the state of Arkansas. Unfortunately, he was not faster than Johnson, the squirrel. Every time they raced, Johnson left poor Solomon in the dust.

Solomon decided he needed to get faster if he was to beat Johnson. He decided to get rid of anything that might slow him down.

"You have to leave," he told Sylvester.

But Sylvester packed his bags and left.

The next day, Solomon and Johnson raced again. This time, Solomon was the winner--by the length of a flea nose.

The moral of the story? Get rid of your friends if you want to win a race with a squirrel.
Posted by Todd Tarpley at 9:17 PM No comments: 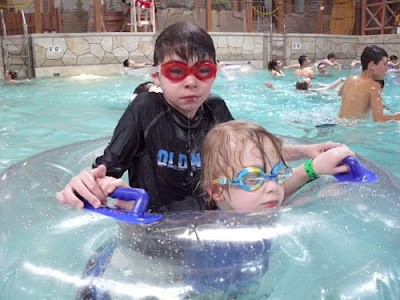 The boys are on Spring Break this week, and we kicked it off with an overnighter at Great Wolf Lodge, in the Poconos.

Warning: do not go to Great Wolf Lodge if you do not like kids. You will be surrounded by wall-to-wall kids from the moment you enter the lobby to the time you elbow your way back out the door to the parking lot full of SUVs. 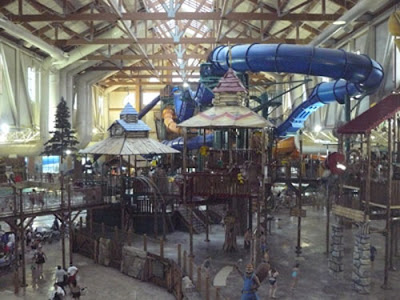 We invited along extra kids, just to make sure we got the full experience. 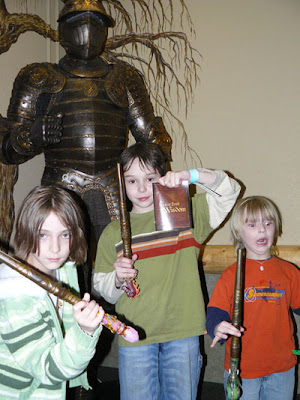 In addition to the water park, there's an attraction called MagiQuest, in which you search for mystical objects in the hallways of the hotel, then try to slay a video dragon by repeatedly shaking a plastic wand at it, in a process that I don't fully understand. MagiQuest was not my cup of tea.

We could've stayed another day or two.
Posted by Todd Tarpley at 8:33 PM No comments: