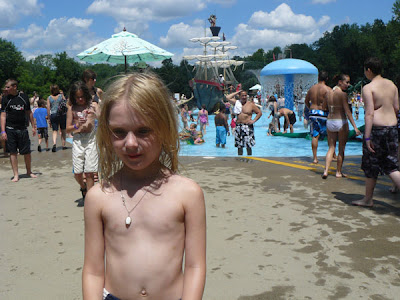 We decided to try a new waterpark this weekend. The choices were Camel Beach, in the Poconos; Splish Splash, in eastern Long Island; or Land of Make Believe, in western New Jersey.

Land of Make Believe won because it was the closest, cheapest, and it had amusement rides in addition to a waterpark.

It sounds kind of corny, and it is. It's one of those mom-and-pop amusement parks that started in the '50s with hayrides and a little train--and it still pretty much has that feel, although they've added a nice waterpark section. 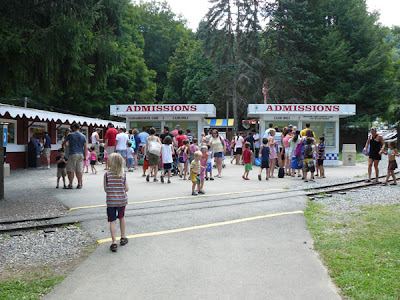 There are no scary rides, so by definition no throngs of teenagers. The lines for the rides were relatively short.

The best attractions were the waterpark, which included tube slides, a lazy river, a pirate ship lagoon for little kids, and a water fort with tipping bucket (whoever invented that concept 10 years ago should've patented it). Samuel and Ethan also liked the Rockin' Tug, a non-waterpark ride, which was just scary enough to excite them without actually scaring them. 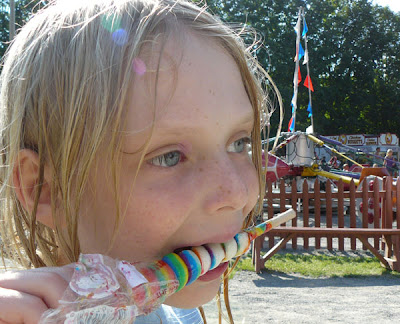 The worst attractions were the holdovers from the earlier days that no one apparently has the heart to kill: the candy cane forest (a bunch of plastic candy canes serving no discernable purpose), the maze (strips of an old plastic tarp), a talking scarecrow named Colonel Corn (manned by a 16-year-old hiding somewhere in a nearby building who was asking the 14-year-old girls ahead of us for their My Space pages), and Santa's Barn (aka the Enchanted Christmas Village), a windowless, mothball-smelling building with fake snow and--yes, Santa is actually there, even in July.

The biggest downer is that they make you exit the park through a bulding called the Cookie House--which doesn't sell any cookies! Duh! 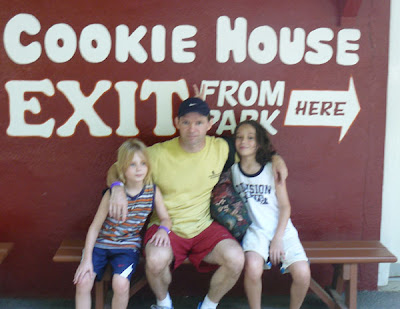 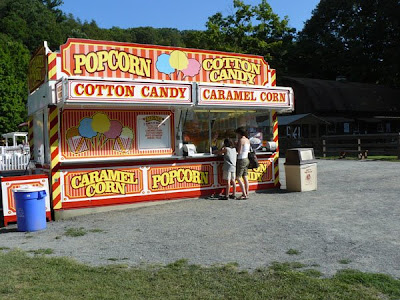