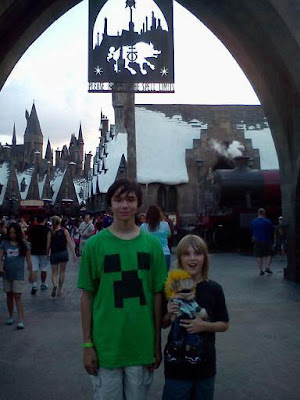 Cross a big one off the summer bucket list.

The boys have been wanting to go to Universal Studios Orlando for several years, having out-grown Disney World sometime during the Bush administration. 2012's not looking all that great for Obama, so we didn't want to risk crossing an entire presidency without accomplishing this one simple task.

We stayed at the Hilton, which had a very large pool, a big, twisty slide, and an actual lazy river. 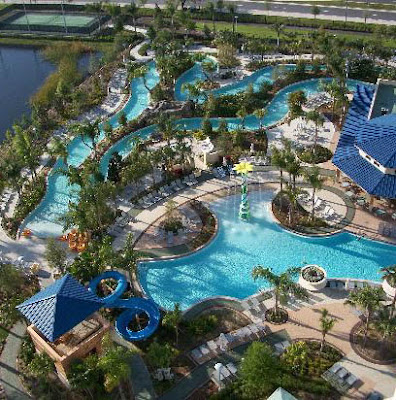 We opted for the 3-day Universal Studios passes, which unfortunately means the boys aren't going to college.

Harry Potter Land, or whatever it's called, was a big hit. We didn't care for the butter beer, which was jinxed by the name before we even tasted it. But we liked Hogwarts, and the roller coaster, which we rode five times, and the $30 wands that are mass produced for 50 cents by Chinese prison laborers, then packaged in fancy boxes and marked up accordingly. 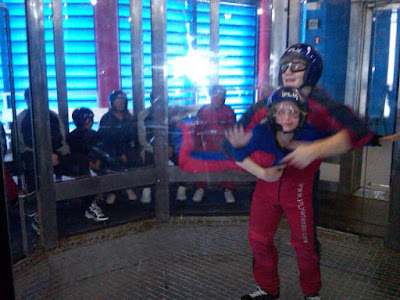 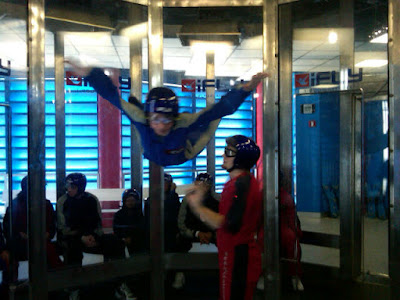 Four thumbs up!
Posted by Todd Tarpley at 1:17 AM